Nothing About Us without Us

Asia Pacific Network of Sex Workers (APNSW) talked with Fatimah Abdullah, the activists for Female Sex Workers Rights in Malaysia after the ‘Regional Workshop on CEDAW Activism to Advance Sex Workers Rights’ in Kathmandu, Nepal. The objectives of the meeting were to review the progress, challenges and opportunities for sex workers in employing CEDAW as an advocacy tool in the countries where CEDAW review has taken place and to build leadership skills and capacity amongst sex workers on national and international level advocacy.

What are the issues you are advocating at National level?

Sex Workers are profusely facing harassment everywhere because of which many sex workers are shifting from street to online to find the clients. Most of the harassment, problems and violence are from police, the law enforcer, for the street based sex workers. For example, in Malaysia, police come in civil dress and pretend to be customer and negotiate price with sex workers. They use this as an evidence for soliciting and make an immediate arrest. This provision is provided in the Malaysian Laws under Penal Code Section 372B. Malaysia has two laws called Civil Laws and Syariah Laws. The Syariah Laws are different in different states of the country. As such there are provisions of different punishment according to the State Laws.

I am advocating for the female sex workers on the streets and brothel to access the health services pertaining to HIV and STI. The Ministry of Health (MOH) through its strategic plan has implemented sensitization program for their health care workers in providing services for communities. However, there is still stigma and discrimination amongst the health care workers that discourage female sex workers to seek medical services, especially HIV and STI. A manual on addressing stigma and discrimination is being developed by MOH and NGOs to do more sensitization for health care workers nationwide.

What are the challenges you faced advocating on sex worker rights? 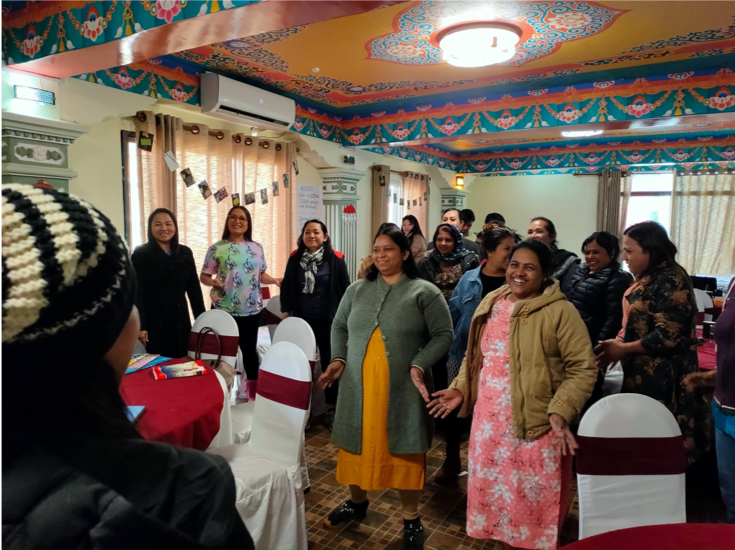 Stigma and discrimination of sex workers is high. In Malaysia, women are expected to preserve and promote the Asian Values of being a mother, wife and daughter. Women who do sex work is seen to have sinned. Having sex with multiple partners is a taboo by the culture. Even women who are raped are expected to marry her rapist to cover and protect the family honor.

There is network of authority that work hand in hand to “protect” the country from “Maksiat (wrong doing)”. The local authorities like the Religious Department, Local Council and Police join forces to keep the streets clean. In addition, on my experiences, some women’s rights organization in Malaysia has no stand when it comes to sex work. They have not connected with us for any networking when working on CEDAW Shadow Report. I am not denying that some groups are not clear on the difference between women who are trafficked and women who do sex work with consent.

What makes you think or motivate yourself attending Regional Training on Rights of Sex Workers and CEDAW?

Advocating for the sex workers’ rights is one of the very challenging work in itself. Sex work is criminalized in our country and its criminalized to South Asia and South East Asia. I haven’t been involved in International Human Rights Framework which protects women’s rights. But I have seen a lots of women’s issues to be taken action at International level and national level by CEDAW. Since, regional workshop means supposed to have participants from different countries, I would take this opportunity to learn from different other countries. My expectation is also to learn more about the International Human Rights Treaties to protect the rights of sex workers, to share my own knowledge, to get know about status of different countries on sex work and the status of the sex workers in Malaysia. In a same way, to network with other women’s organization to include issues of female sex workers and women’s issues.

Did you know before about CEDAW and its principles?

Before I attended the Regional Training on CEDAW, my understanding was that the women’s group talks about violence against women but it doesn’t include women who are female sex workers. I didn’t have any proper knowledge about the CEDAW and its principles. After I attended the CEDAW training, I understood that CEDAW is an International Human Rights Framework and it’s a bill of women’s rights that protects the rights of every woman. I have also learnt that, those country who has ratified CEDAW is responsible to protect and promote the rights of women in their country. One of the principle of CEDAW is state obligation which means state is responsible for the rights of women. We can use CEDAW for sex worker rights advocacy and give pressure to government for our rights.

How did you feel about 4 days Regional Workshop? How did you know that CEDAW for sex worker rights advocacy?

The overall regional training was quite informative. My personal experiences of regional training were so exciting. I met up my old friends during the workshop and made new friends from different countries. I got chance to get know the different issues and challenges at their country level. I was quite impressed with Nepal and India experiences on sex worker issues. The participants from India shared that if the violence happen with sex workers, the women’s groups will take immediate action. This is one of the good practices and network between female sex worker’s groups and women’s group. This encouraged and gave an idea to me to do same for Malaysian female sex workers group. 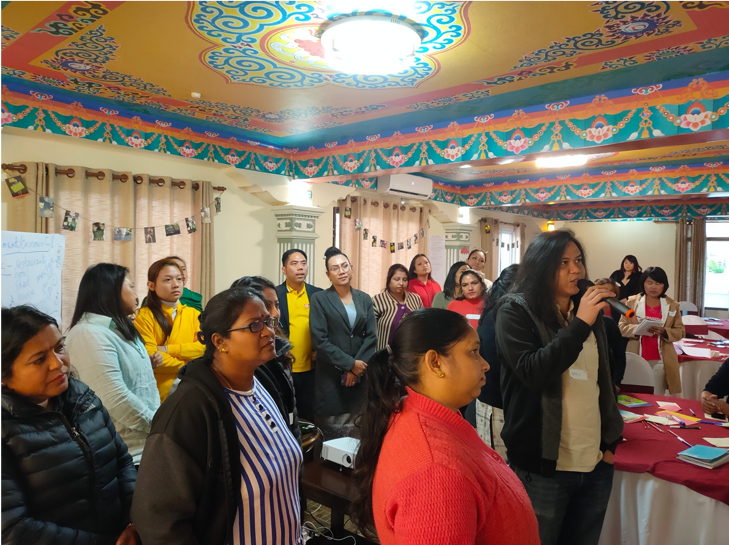 During the 4 days’ workshop, I liked the session from NSWP and APNSW representative where they presented about the global and regional sex workers rights movements to understand the history of sex workers’ rights movement. The session on CEDAW was informative where I have learnt full details of CEDAW. I also got to know that, my country “Malaysia” has also ratified CEDAW and Mary Shanthi Dairiam (founder of the IWRAW AP) is the Malaysian CEDAW representative. This information means a lot for me. I will try to build network with her for female sex workers rights in Malaysia. I felt empowered after this workshop- when I saw my old friends in the workshop and spoke out for female sex workers in national level. This workshop motivated me to work together with other NGOs, CBOs, Women’s Groups, Legal AID Center, MAC Council and community for a strong CEDAW Shadow Report for the rights of sex workers. Last but not the least, this workshop also helped to build networking with other countries and friends who are our sisters and we are advocating for same issues which gives me different strong vibes to do work.

Do you think this training will be helpful to advocate for sex worker rights in the future at National and Regional level?

Mostly, I am involving in health rights of female sex workers in Malaysia. This training helped me to understand that Female Sex Workers Rights are also Women’s Rights. I think, even I have learnt about the CEDAW in this workshop, CEDAW is still new for me. This training definitely is helpful to advocate for sex workers’ rights. I need to learn more at local level for the more ideas for advocacy and to empower the female sex worker in state level to advocate for their rights.

How will you use CEDAW for sex worker rights advocacy in your community and country?

After this training, I got to know that, my country has also ratified the CEDAW. If our government is not protecting our rights from national level, then we can lobby from International level where CEDAW, as one of the mechanisms. Firstly, I have to learn more about the CEDAW where this workshop has given me some ideas. I will spread my knowledge to our community. I will also build alliance with those women’s network and organization who supports for sex workers’ rights. It’s not easy to make changes immediately because of stigma and taboo. The main thing is we have to stop doing self-stigmatization which is more important for our community.

I would like to say that, “Nothing about us without us.” Team work is very important, we should work as a team with CBOs, other female sex workers’ rights activist, legal group and women’s group who support to sex workers’ issues. The overall articles of the CEDAW protect the rights of the sex workers. We need to learn how we can do advocacy from other activists and our partners. We should demand for the decriminalization of sex work through CEDAW mechanism for our national law.

Read More of Our Articles

APNSW Activities for December 17, the Day to End Violence against Sex Workers